Jamie Foxx will chat up Hollywood actors and comedians — in a souped-up Winnebago RV — in his new online talk show “Off Script,” set to premiere Friday, May 4.

“It’s called ‘Off Script,’ which gives you a sense of what Jamie will be talking about with his guests,” MacAdams said.

In a tweet late Wednesday, Foxx posted a pic of himself celebrating the impending launch of the show — duly calling out the sponsor and holding what is presumably a tumbler of vodka in his hand: 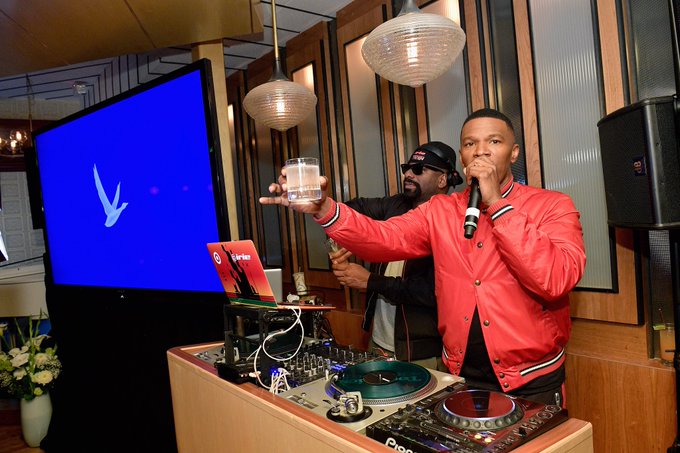 Celebrating ‘Off Script’ – my new online series with @GreyGoose, interviewing some of my favorite people in film. Dropping this Friday May 4. #OffScript #GreyGoosePartner

Foxx, who will return as host of season 2 of game show “Beat Shazam” on Fox premiering May 29, is repped by CAA, LBI Entertainment and Ziffren Brittenham. Earlier this week, Foxx was in NYC to host Verizon’s NewFronts pitch.

“Off Script” is produced by JASH, the digital-comedy studio acquired by Group Nine last year, in collaboration with the Sunshine Co., a branded-content production firm.